We are excited to be in Nice for the In-Person portion of our Hybrid Convention from Thursday, October 21, to Saturday, October 23, 2021. Registration materials have been sent to the delegates from parishes and missions and to all canonically resident and licensed clergy. Full participation is possible both online and in-person.

POSITIONS OPEN FOR ELECTION AT THE 2021 CONVOCATION CONVENTION: HERE

HOTEL ACCOMMODATION INFORMATION in Nice can be found: HERE

The Convocation Travel Policy can be found: HERE. (Train travel is preferred if at all possible.)

The Bishop and Council thank the organizing committee at Holy Trinity Church in Nice for the countless hours of preparation put into planning for the 2020 Convention, which was then moved entirely online, due to COVID-related restrictions.  Thank you for your prayers, support, patience, and interest! View all public sessions at our YouTube channel by clicking here.

What is the Convocation Convention?

The Convention is an annual meeting to bring together representatives of all the parishes, missions, and affiliated communities of the Convocation. These representatives—both clergy and lay—make decisions and policy for all Episcopalians in the Convocation and, with the Bishop, help us to maintain our connection to the wider Episcopal Church, the Anglican Communion, and beyond.

Each parish and each organized mission sends two elected delegates designated by their vestry or Bishop’s council. These delegates along with the four lay members of the Council of Advice and the canonically-resident clergy of the Convocation all have the right to vote. A representative from each of the Convocation's mission congregations is also seated and accorded full voice in the business of the Convention. Guests and other participants, along with anyone interested in attending, are generally accorded voice.

What does it do?

The principal business of the Annual Convention is to address legislation and resolutions. The Convention receives reports from the Bishop and various committees and commissions, hears the financial report and votes on the budget.

Most Conventions include a program on a theme, with presentations and discussions. These often are designed to engage the participants in looking ahead, or in deepening and learning more about our mission and ministry, and may result in guidelines for the future.

Above all, the Convention is a gathering of our community. It is a weekend of listening, learning, worship and prayer. Everyone in the Convocation, as well as friends from beyond the Episcopal Church, are welcome to attend any Annual Convention.

How does it work?

The Bishop is the President of Convention.

Every three years, the Convention also elects one lay and one clergy observer to the Synod of the Diocese in Europe of the Church of England for three-year terms. The Synod may also send two observers to the Convocation Convention. As guests, they are given seat and voice, but no vote. 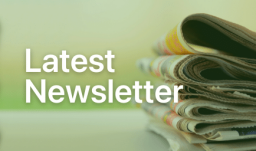 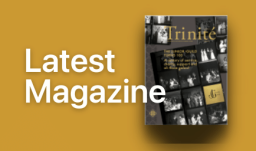 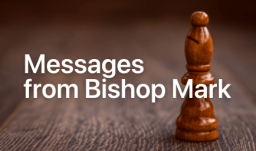 The Favor of a Reply is Requested

The readings this morning set two invitations before us. How will you reply?

Click the cover to read a collection of sermons by The Rt. Rev. Mark D. W. Edington, Bishop in Charge, preached in 2020.