The Daughters of the King

The Order of the Daughters of the King is open to all women in the Episcopal Church and the Anglican Communion. A daughter pledges herself to a life-long program of prayer, service, and evangelism, dedicated to the spread of Christ's Kingdom and to the strengthening of the spiritual life of her parish or mission. Daughters have made the commitment to follow and serve Jesus Christ, and wear crosses as an outward and visible sign that they cannot live a day without Christ in their lives. Empowered by the Holy Spirit, the vision of The Daughters of the King is to know Jesus Christ, to make Him known to others, and to become reflections of God’s love throughout the world.

Through membership in the Order women are strengthened through prayer and study and supported through community with other Daughters. Members of the Order commit to a Rule of Life which includes the Rule of Prayer and Rule of Service. As part of each Daughter's individual Rule, she commits to pray daily for her clergy and offer assistance in the spiritual up-building of the parish.

The Daughters of the King was founded in 1885 by Margaret Franklin in New York City. The Order has grown into an international spiritual sisterhood of over 25,000 Daughters. Members of the order are communicants of The Episcopal Church, of churches in communion with it, or of churches in the Historic Episcopate. Today DOK'S membership includes women in the Anglican, Episcopal, Lutheran (ELCA) and Roman Catholic churches.

In the Fall of 2012, leaders of The Daughters of the King met with women in four Episcopal parishes -- three in Germany and one in Italy -- with the idea of forming DOK chapters here in the Convocation of Episcopal Churches in Europe. In 2013, chapters were instituted at St. Boniface in Augsburg, Germany, St. Paul's within-the-walls in Rome, and at El Buen Pastor Church in Mostoles, Spain. Margaret Poeppel from St. Boniface reflects on the DOK discernment experience:

When our group of women from Augsburg, Germany began the discernment process for the Daughters of the King, we hadn't any idea what was in store for us. We only knew that we were intrigued and interested about what we had heard, and we were excited to begin our journey of discovery. What gradually opened up before us was an amazing network of connections. The first and foremost was our connection to God. READ HER ARTICLE HERE 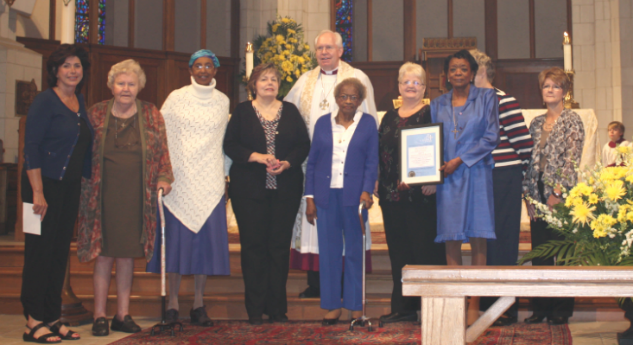 DOK Regional Coordinator for Europe, Dr. Rosemarie Valentine, and DOK representative, Krista Jackson, present the charter for The Gifts of the Spirit Chapter to the vicar of St. Boniface, The Rev. Dennis Krumlauf. The crosses for the four new members of the Augsburg Chapter were presented to be blessed by The Rt. Rev. Pierre Whalon, Bishop of the Convocation of Episcopal Churches in Europe. 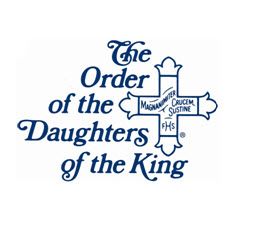